The College is required by the Government Equalities Office to publish its gender pay gap information as at 31 March 2021. Please find the information below.

The gender pay gap is the percentage difference between average hourly earnings for men and women.

The mean gender pay gap is the difference in average hourly rates of pay that male and female employees receive.

The median gender pay gap shows the differences at the midpoints of the ranges of hourly pay rates of men and women by ordering rates from lowest to highest, and comparing the midpoint.

This is the percentage of male and female employees in four quartile bands.

Please note that preparation and marking is included in the hourly rate for hourly paid Lecturers. If the figures were adjusted to reflect this, and the gender pay gap statistics were calculated based on hourly rate per contact hour, the figures would be as follows:

The most significant challenges we face

Our most significant successes

Our commitments for the future

Below are the conditions the enrolment terms and conditions for Warrington & Vale Royal College.

You should inform the college of any changes to your personal data or circumstances.

Please refer to our privacy notice and our GDPR compliance statement regarding information sharing.

The college reserves the right to change course content or withdraw a course from offer.

Your feedback is important to us, please contact the Learner Services Team at the college if you would like to give praise or to make a complaint at learner.services@wvr.ac.uk.

Each year the ESF helps millions of Europeans improve their lives by learning new skills and finding better jobs. Warrington & Vale Royal College receives ESF funding directly, and is also a co-financing organisation and uses European Social Funds from the European Union to directly or indirectly part-finance learning activities. Your course may be funded or part funded by the ESF. 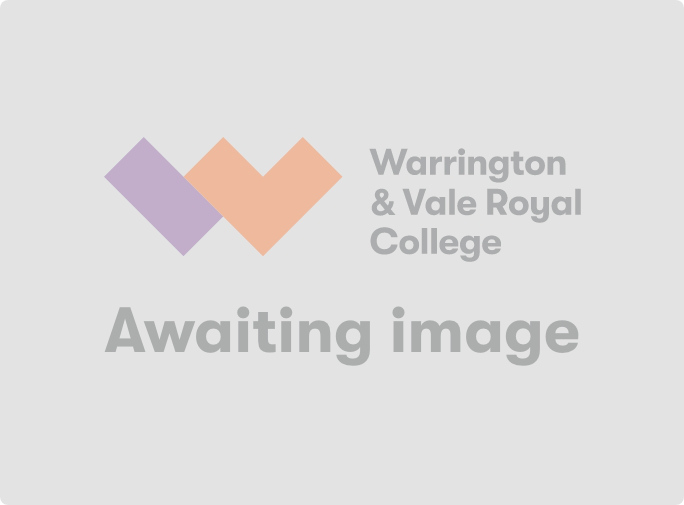